Pretty much immediately after posting in March, I started swapping bags fairly frequently; between my Powerbag, a backpack, and eventually to my original Timbuk2 Commute. Because of that, I ended up pairing down a lot. It was too much of a pain in the butt to move everything I had been carrying. 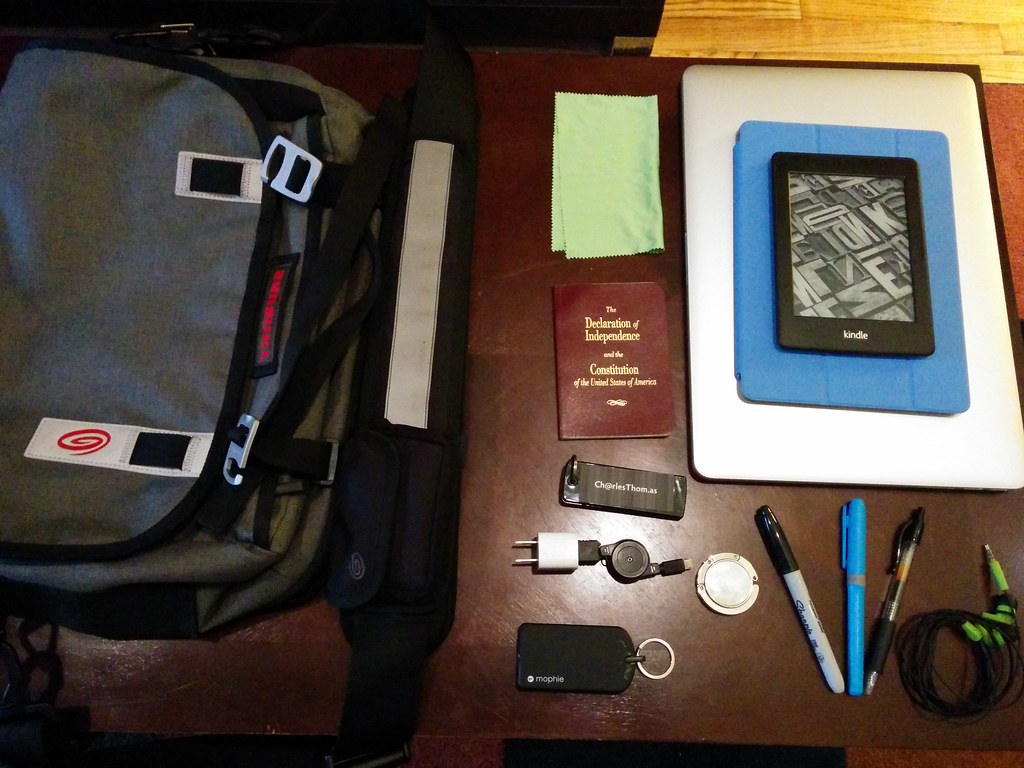 After finally settling back to the Timbuk2, I decided it was time for an upgrade. The original had started to show a little too much wear. Also, I thought at the time I bought the new bag that I was going to be doing some travelling soon. One of the best features of the Commute 2.0 was that it had a special laptop compartment specifically designed for going through TSA. One of the worst features was that if you pulled the bag off the conveyor belt before zipping that compartment you ran the risk of dumping your computer on the floor, because the hinge was in the wrong place. My new bag is a Timbuk2 Command. It has the laptop compartment hinge at the top, so even if it isn’t secured when you grab the handle, there’s no danger of the laptop falling out of it. Another really nice feature is that the straps to hold the main flap down go all the way under the bag. I’ve already used that several times to stick a rain coat through the loops so it isn’t in the bag, but under it and well-stowed.

I started a new job a couple weeks ago, too, so my linux Thinkpad has been replaced with a 15″ Macbook Pro. As much as I prefer linux to OS X, I have to say, you just can’t beat Apple’s industrial design for laptops.

From top left to bottom right: